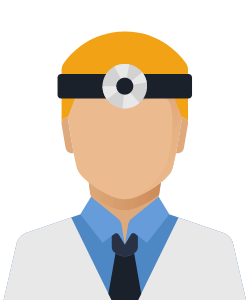 It is very easy to overlook your dental health until things go wrong. If you are looking for tips and advice which will help you to take better care of your teeth and gums, you have come to the right place. On this blog you will discover lots of useful articles which will cover topics such as the correct way to brush your teeth, how to spot the signs of gum disease, and the importance of using floss. While none of us when to dentistry school, we are all committed to learning all we can about how best to improve our dental health.

Seniors and Dental Health: Three Dental Issues to Take Note of as You Grow Older
9 September 2020

As you grow older, various dental issues may arise …

When you dream of a straighter smile, clear braces …

How Can Brits Improve Their Smiles Today?
26 December 2019

In some parts of the world — notably Canada, Austr …

Can You Remove the Gum Flap Covering a Wisdom Tooth?
2 December 2019

In general, wisdom teeth come through between the …

For many adult orthodontic patients, even the mere …

In some parts of the world — notably Canada, Australia and the United States — British people have a reputation for receiving poor dentistry. This is a rather unfair stereotype which has been around for decades despite the many advances in cosmetic dentistry in the UK. If you would like to benefit from some of the advances in technology available to dentists these days and not conform to the international stereotype, then what options are available to you?

Firstly, it is now possible to deal with misaligned teeth much more effectively than ever before. A high proportion of British teenagers will visit an orthodontic specialist these days in order to have braces fitted to their teeth, which means the appearance of their smile will be much improved in later life. However, this is not always a practical option for adults, especially if braces on their teeth would interfere with their smile's appearance. Instead, Invisalign braces are now available, which do you much the same job as normal braces but are barely noticeable. An Invisalign treatment is available from most dentists who deal with cosmetic dentistry today. In fact, Invisalign braces are now so common that you have probably been talking to someone recently who has been wearing them and you never even noticed they were there.

Just like Invisalign braces, dental veneers are available to improve the appearance of your teeth in a manner that is barely noticeable. Veneers are prosthetics which are glued onto the surface of your visible teeth. They do not interfere with your ability to bite into things like apples and toast, and they provide an instant improvement to the appearance of any discoloured or misshaped teeth. Once fitted, they can last for many years without any problem at all. They are particularly effective at covering up a cracked tooth or dealing with one or two teeth which have become discoloured.

Some people do not like the appearance of their teeth because they have had fillings in the past which are noticeable when they open their mouth. Although many of these will be applied to your molars at the back of your mouth, they can still be seen from time to time. Modern dentistry allows for a much more appealing type of material to be used which matches the natural colour of your teeth. Crowns are often recommended over fillings because they are better performing and they also do not look as out of place compared with traditional treatments.